This is Hackey Packey.

You may recognize Hackey Packey (not his birth name, by the way.  It was bestowed upon him by a current three-year-old).  Hackey Packey was once part of the prestigious Ty Beanie Baby zodiac line. 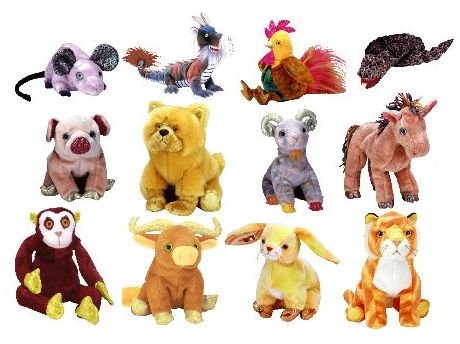 For a while being associated with Ty was all Hackey needed.  However, lately things have changed.  Hackey Packey doesn’t get the attention he once attracted.  To make matters worse, he finds himself competing with other dragons.  Like this one:

You may notice something about the dragon above.  He has wings.  Hackey Packey does not.

Hackey Packey came to me with one wish.  A wish for wings.

After many consultations and thorough psychological evaluations, Hackey Packey decided on the fashionable, yet classic, bat design.  The original mold can be seen here:

The wings were folded in the center and stitched for added stability.

Hackey Packey was prepped for surgery.  Seams were carefully ripped from Hackey’s spine with the finest of tools.

The seams to the right and left of Hackey’s golden scales were ripped out.  The wings were transplanted under the scales.

The patient spent the afternoon in recovery.  Here he is proud as a winged dragon.

So there we have it.  My first toy hack.  I’m happy with the way it turned out.  My son is too.  I wish I had a picture of the look on his face when I handed him the finished product.  He was pleasantly surprised despite being in the room the entire time I was working on Hackey’s wings.

I was worried about the wings flopping over, because of lack of support.  I bought some stem wire florists use… for something…  I was thinking about lining the wings with the wire and then sandwiching the wire between two layers of felt.  I ended up not needed support, which is a relief.  I’m pretty sure the wire would’ve eventually worked its way out of the felt.  The wings are small enough that they don’t flop over.

AC Moore also carried some pretty cool glittery felt that would’ve made for some cool dragon wings.  However, I pulled a sheet off the shelf, and glitter went every where.  I hate sand.  I hate glitter.  Pretty much for the same reasons.

I just finished the project this evening, so I haven’t had a chance to do any major reflecting, but here are a couple of things that proved to be the most important factors in getting s**t done:

Also, if I had all the time in the world, I would’ve done something like this:

Apparently craft stores sell these plastic jars called yarn trainers or yarn holders.  The idea is that you put your skein of yarn in the plastic container, feed the yarn through a hole in the top, and start knitting.  You don’t have to worry about your skein skipping across the floor while you work.  You don’t have to worry about your cat absconding with your yarn in the middle of the night.

I made one tonight out of a trail mix container that I KNEW I was holding on to for a reason.

1 thought on “This dragon has wings: a toy hack”