Martin Sloan from “Walking Distance” (S1E5 of The Twilight Zone)

And then there’s Martin Sloan’s allusion to putting it all to an end.

Yesterday I just got in the car and drove.  I had to get out of New York City.  One more board meeting, phone call, report, or problem, and I would’ve jumped right out the window. 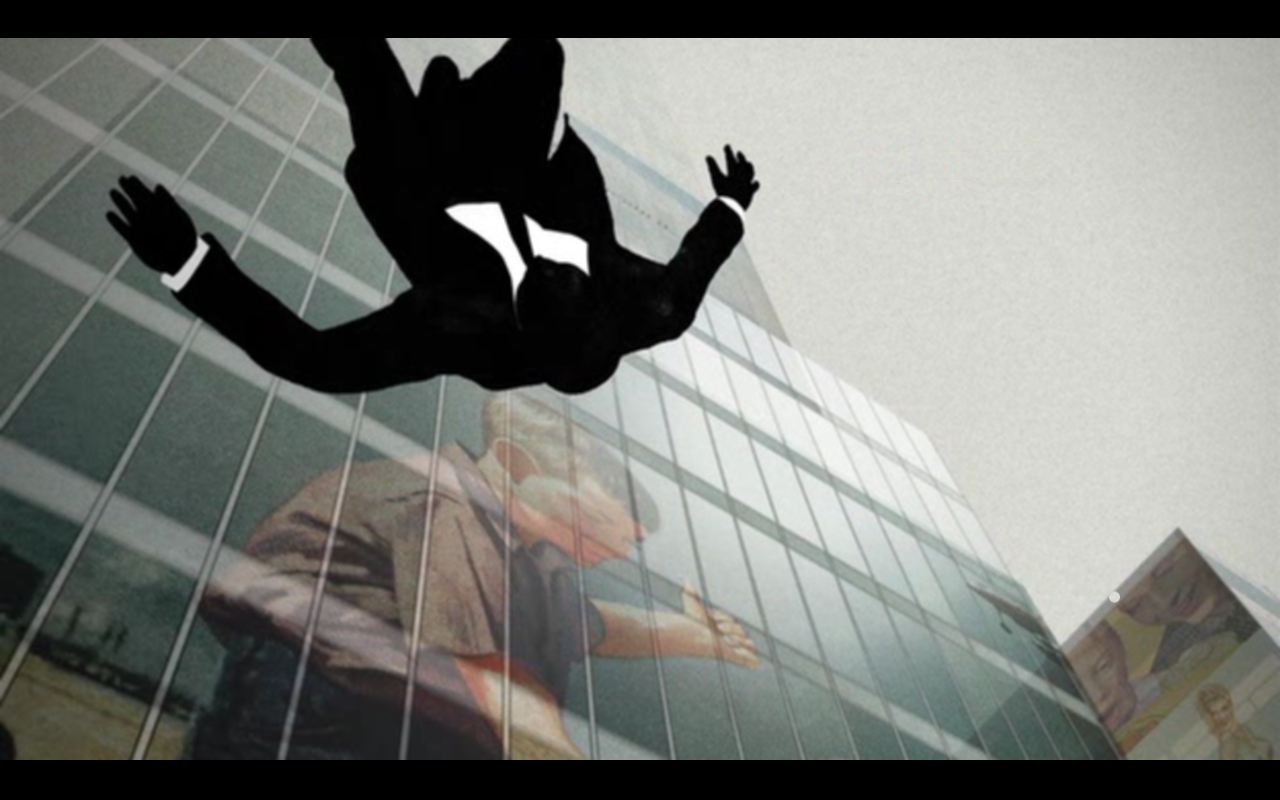 The falling man from Mad Men’s opening credits is such an iconic image now.  It’s the first thing that popped into my head when Martin Sloan mentioned jumping out the window.  I’m sure that’s the case because of all of the ad man front loading Rod Serling does at the beginning of “Walking Distance.”

But I’m an open participant, and I do what I want!

Here’s a description of the assignment, which was created by Bowties and Skulls.  “The assignment is to find an audio clip that references the Twilight Zone.”

Submitted for your approval:

1 thought on “Was Matthew Weiner a Twilight Zone Fan?”